The ClearFoundation & ClearCenter are pleased to announce a great new addition to the ClearOS Marketplace. Introducing: Attack Detector.

Multiple apps in Marketplace will provide rule sets for the Attack Detector app, such as the SSH Server app, FTP Server app and more. This app will function as a standalone app, however it may also be combined with the Intrusion Detection System & Intrusion Prevention System apps to provide maximum protection against attacks. 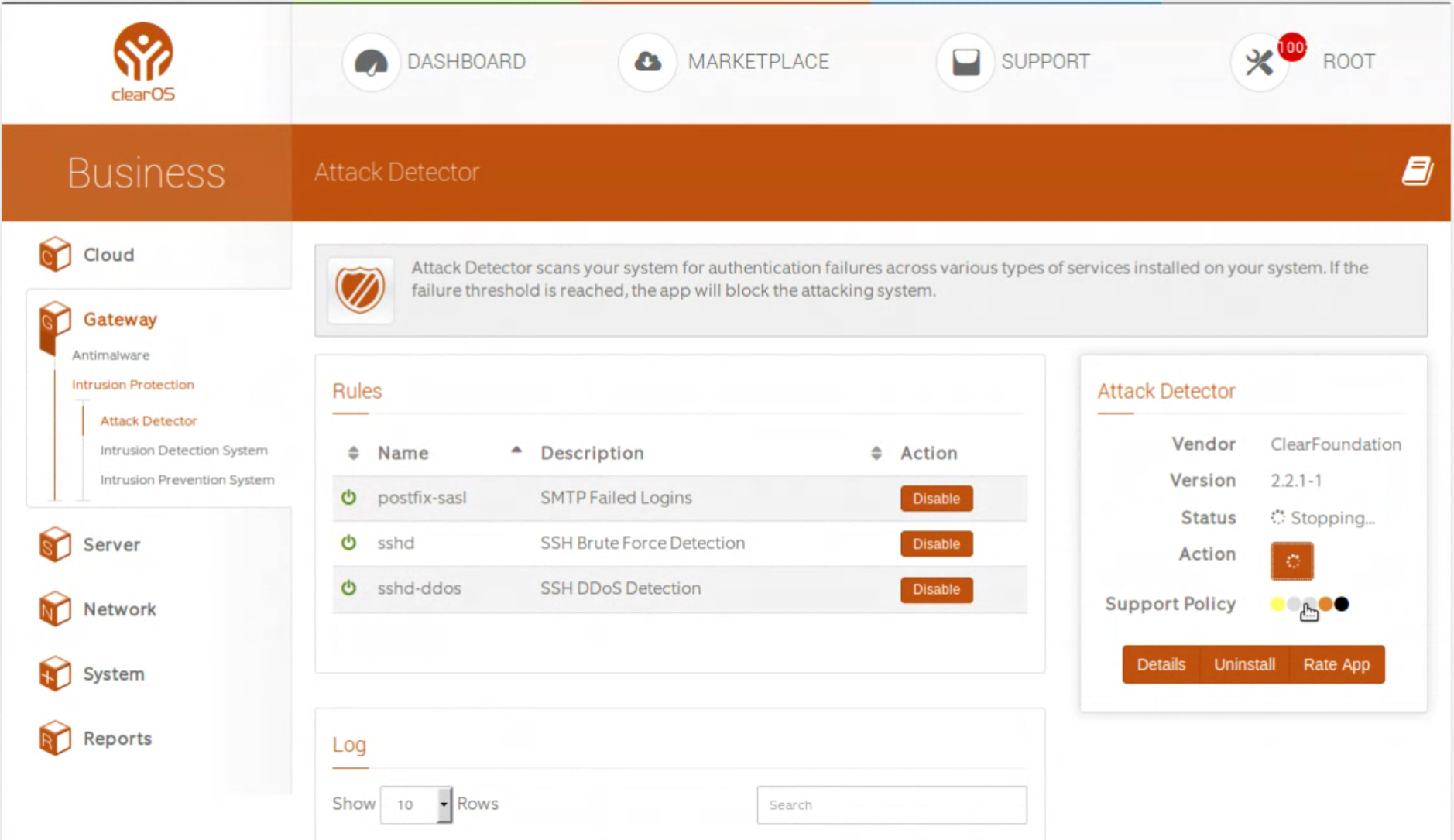