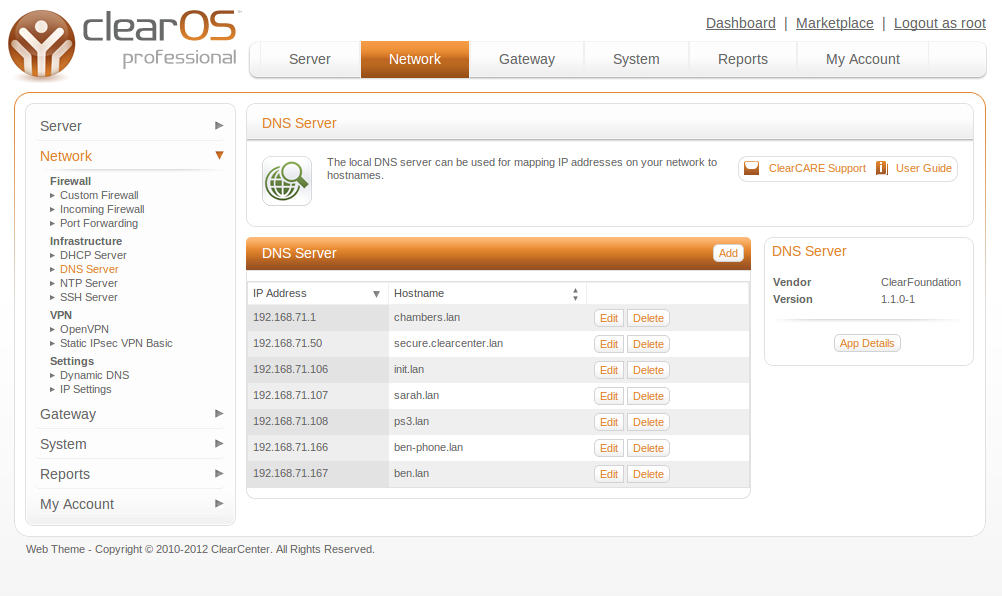 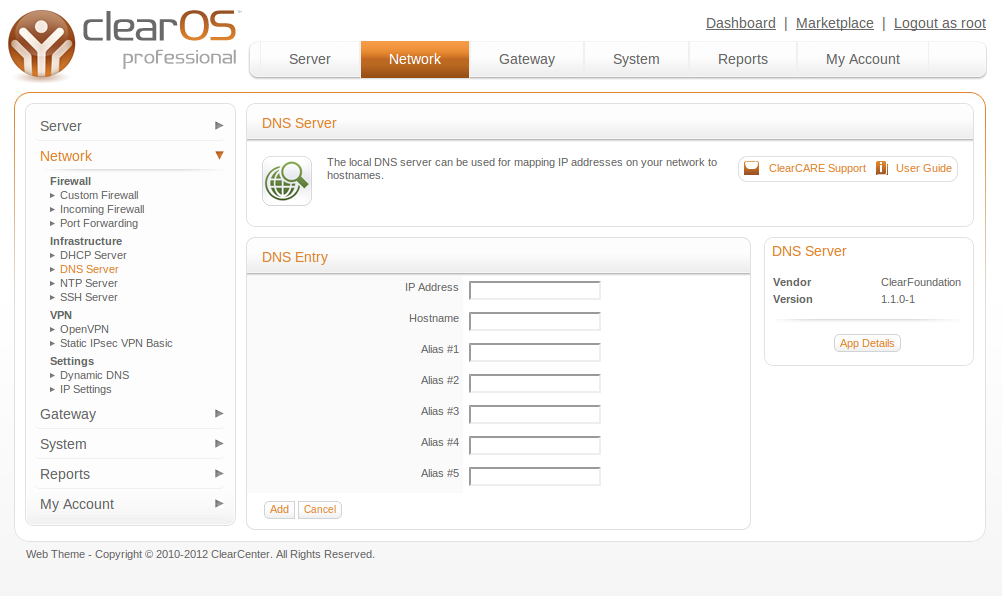 The Events and Notifications app logs all types system events on the server. Alerts could be informational, as in User xyz logged in at hh:mm or of a more critical nature - Disk space exceeded 95%. Alerts are generated in real-time using a daemon that tracks log files or are generated with the ClearOS API. The app can be configured send alerts as they occur or in a daily report.