IPsec VPN allows administrators to establish secure, encrypted connections between networks using Openswan. The basic IPsec VPN app supports IPsec or IKE and connections in host-to-host or site-to-site configurations between ClearOS (Openswan) gateways. This app implements pre-shared key authentication for unmanaged static connections only. This is an unsupported app. If you need assistance in implementing a tunnel or would like to contribute to the apps development to support more 3rd party devices, please consider purchasing the full app available in the Marketplace. 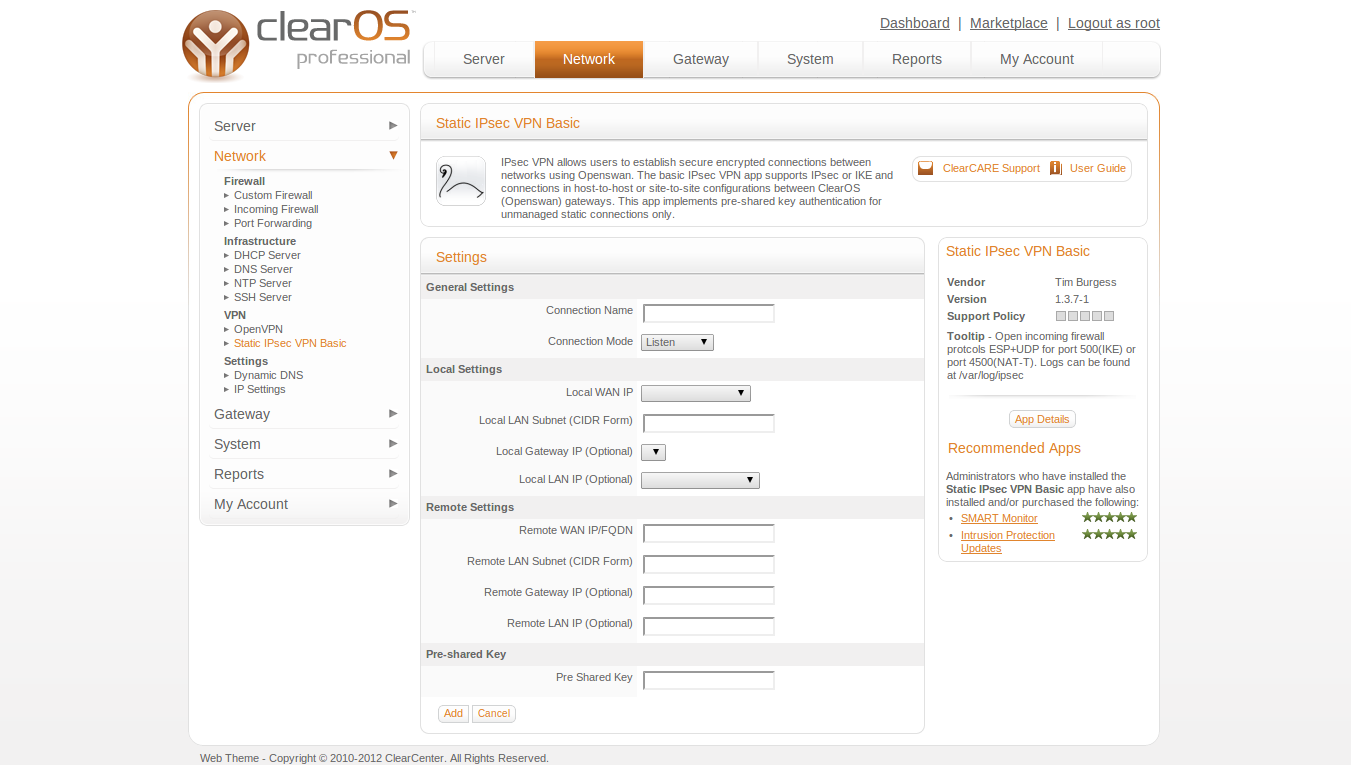 BackupPC is a high-performance, enterprise-grade system for backing up Linux and Windows desktops and laptops to a local storage array (eg. server's disk). BackupPC is highly configurable and easy to install and maintain. This on-premise (private cloud) backup-in-a-box infrastructure offers a very cost-effective solution for network backup.

IPsec VPN allows administrators to establish secure, encrypted connections between networks using Openswan. Openswan supports IPsec or IKE and connections from third party devices in host-to-host or site-to-site configurations. This app implements pre-shared key authentication for unmanaged static connections only. Users who purchase this app are entitled to support from the developers via a dedicated forum category on the ClearFoundation website.

Control the system daemons and their running state and provides a useful overview. You can also control which services start up at boot time.