Now allows you to set up Wireless and Cellular interfaces. You will also need app-wireless or better, app-wireless-ap to configure a NIC as an access point. Otherwise manual configuration is then needed for WiFi and Cellular devices. Kernel mode PPPoE (much faster and lower resources) becomes an option when configuring PPPoE. Hides irrelevant interfaces from app-network-report such as docker0, veth* and ifb*. Numerous other changes since last 2.6.0 app-wireless-ap - Community contribution to enable you to configure Wireless NIC's on your LAN. Includes 802.11ac support. You will also want the beta version of app-network to be able to see your WiFi NIC's in the IP Settings screen. There are bugs here! app-dnsthingy - This is the same update as app-gateway-management but also includes a rebranding from DNSThingy to AdamOne. Update with: app-gateway-management - update with: adamone - this is the underlying package for the above beta versions of app-gateway-management/app-dnsthingy. If you have either of the above beta's installed, you can update with:Please restart GM afterwards. Unless detailed otherwise, packages available for testing can be installed with: Packages being worked on: Unfortunately, mostly testing for the phone release. app-print-server - this has been broken by an upstream update. possibly snort update to 2.9.16 (last of the 2.9 series) basics for app-sia v2. This will slow down app release. This is on pause for the moment waiting for upstream. app-attack-detector to add a button beside each banned IP to you can unban it. This was being worked on by an external contributor. I'll see if I can pick it up. Previous updates notice" /> 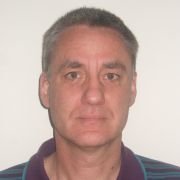