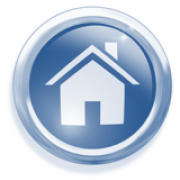 More about this group ·
Join This Group →
← Back to group

I would like to begin a discussion about the ClearOS Home
edition being considered.  I’ll give a
brief, and certainly not all inclusive review of competing home server setups
available along with my personal vision of where ClearOS Home should go.

There are several options in the home server market ranging
from attached storage devices with minimal functionality to true server
operating systems with varying degrees of user friendliness.  I won’t discuss the simple NAS devices
available on the market, nor the nix variants such as FreeNAS because I think
we could all agree that we really want something more from a home server.  I briefly discuss the three main flavors of
home servers available (Microsoft Home Server, Apple OSX home server and the
Linux Amahi Home Server) along with some of their strengths and weaknesses.

Microsoft offered the Windows Home Server (WHS) several
years ago and in spite of several manufacturers WHS offerings it was never able
to make big inroads in the commercial space.
If you asked yourself why I need a home server and then looked at WHS,
you’d still be asking the same question.
While WHS was good as a network storage device and automated backup
device for windows pcs there was little more offered.  Access to your files via the web was
primitive at best.  The latest version of
WHS2011 hasn’t changed their paradigm of home server software and I think it
will die quietly within the next few years.

Apple offers OSX Home Server and is reviewed http://www.wegotserved.com/2011/08/12/apple-os-lion-server-home-server/">here.  I haven’t had a chance to personally setup or
use this software but I think it’s closer to a full featured home server that I’d
purchase if it wasn’t a proprietary and expensive system.  The attractive parts are common among all
apple products: intuitive user interface, tight control of applications so that
everything “just works”.  The cons: ITS
PROPRIETARY, only runs on mac hardware which makes it more expensive.  If anyone has real experience with this
offering, please chime in J

Fedora based Amahi Server, an open source “home
server” product which attempts to bring in the “best of open source software”
to produce a functioning swiss army knife home server.  Has a “marketplace” for apps which are
designed to plug in and work according to what you want.  Unfortunately, I think this is really only
useable to linux admins since the average home user is probably more familiar
to either windows or apple products which are pre-configured to a consistent
user interface and paradigm. Most windows or apple users aren’t going to be
competent to setup and configure an amahi server where it’s bulletproof….and If
you really want to crack the home server space that is what you’ll need.

If
you have any feedback, ideas or rants about what I've written here,
please feel free.  In part 2, I'll layout what I think ClearOS Home
should be capable of and how to get from here to there.  In part3, I'll
layout the business model we can all engage in to make this 'the home
server'. :)

Be the first to reply to this discussion.