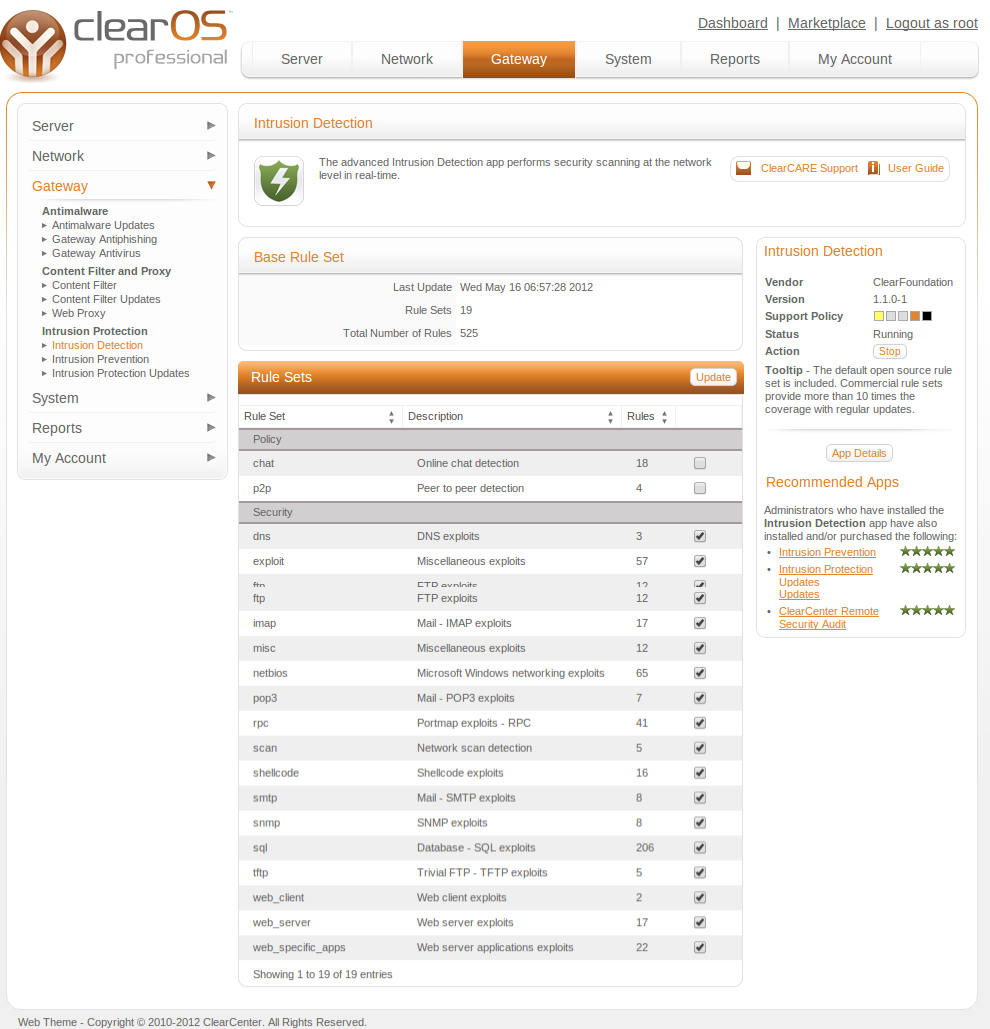 An open-source antivirus and antimalware scanner for the SMTP Mail Server app. This app will scan mail during messaging handling and perform functions defined by rules configured by the administrator. The service will automatically fetch base signature updates from free sources provided by the ClamAV community - ideal for the home/hobbiest user. For commercial applications, ClearCenter offers additional signature updates as a service or the Kaspersky antimalware engine for a greater level of protection.