Allows customized firewall (iptables) rules to be added. In advanced or highly customised networking environments, the addition of advanced firewall rules that cannot be added using the available firewall apps (Incoming, DMZ, MultiWAN, Port Forwarding etc.) to achieve the desired security and packet routing can be accomplished using the custom firewall app. Use of this module should be reserved for advanced users only. 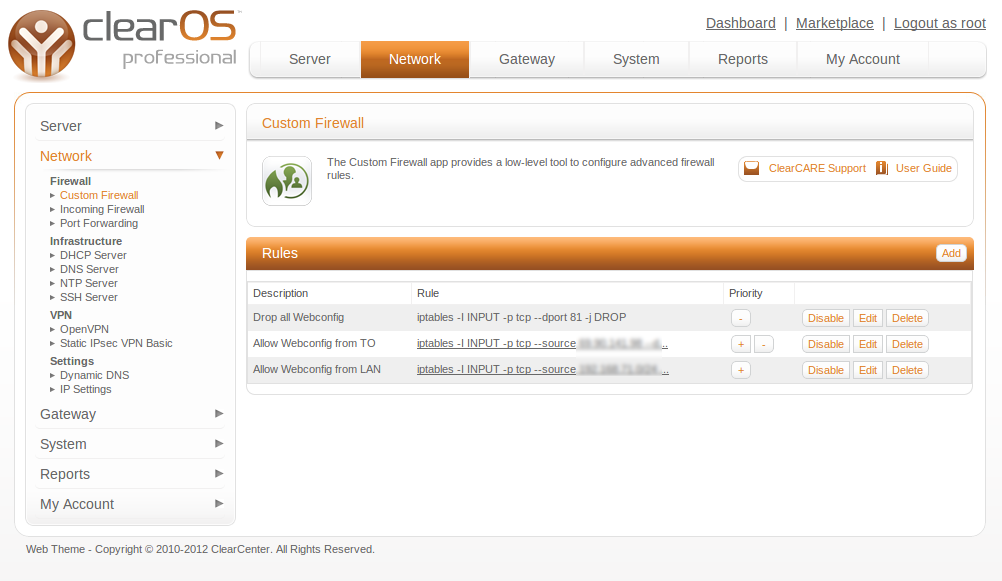 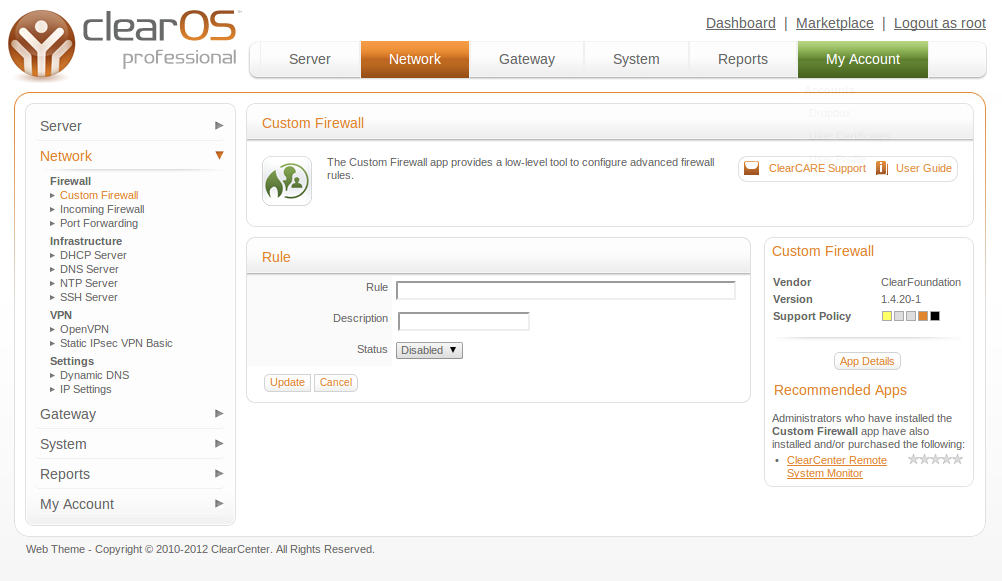