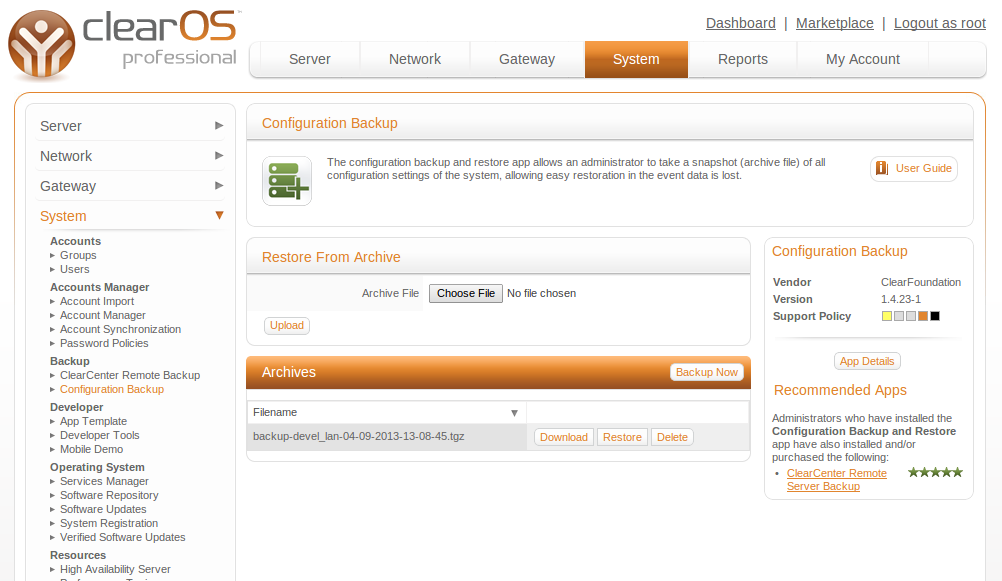 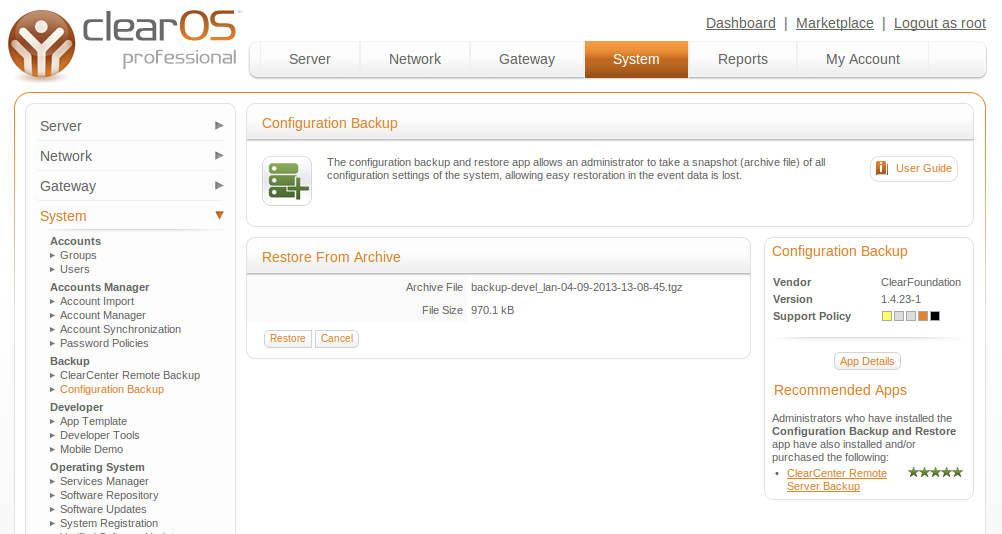 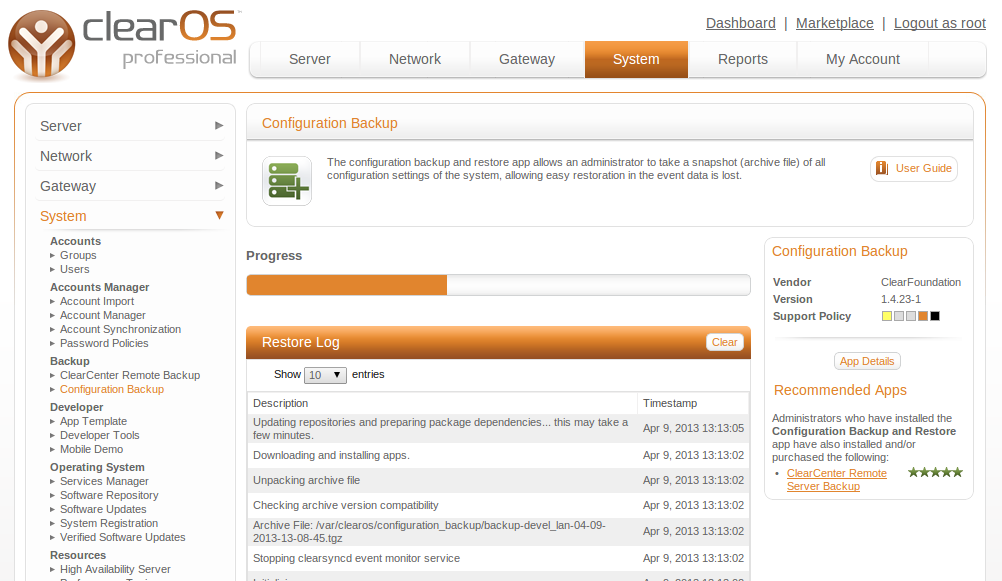 The Shell Extension is a account-manager extension that allows an administrator to assign shell access (and type) to user accounts via the user manager app. Giving users shell access to the server is not typically recommended unless the user has a role in administering the server or services (eg. Apache web server) that reside on it. Another typical use case that can enhance security is to disable root logins, forcing users with privileged shell access to login by username.

Allows you to set the system date, time and timezone settings on the server.